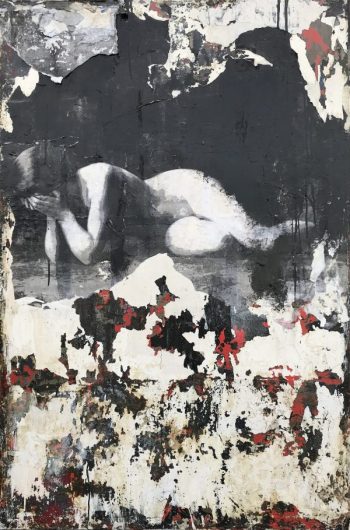 “You’d Be Prettier If You Smiled” – Identity, Gender and Dissonance

The Carl Cherry Center’s next exhibition, You’d Be Prettier if You Smiled: Identity, Gender and Dissonance, opens Friday, October 19th, with an artists’ reception from 5:00 – 7:00 p.m.  The event is free and open to the public.

For this exhibit, Gail Enns selected works by the Temple Sisters, Susan Abbott Martin, and Maria Porges that open an important conversation about the enduring struggle women face in contemporary society.

You’d Be Prettier if You Smiled, Identity, Gender and Dissonance furthers the dialog begun with The New Domestics, Finding Beauty in the Mundane, mounted recently at The Monterey Museum of Art.

“I believe that Jeanne d’Orge, founder of The Cherry Center for the Arts, would embrace both shows as continuing the spirit of the  Feminists and their fight for the long sought recognition of women’s art as a viable part of the contemporary art world,” says Enns.

The exhibition will run in the gallery through November 30th, 2018.

Pictured, above: “You’d Be Prettier if You Smiled” – The Temple Sisters, mixed media on canvas, 40″x 60″

You’d Be Prettier if You Smiled: Identity, Gender and Dissonance provides insight into the tension between genders and the relative place of women in contemporary culture.

This show questions our culturally accepted norms of feminine expression by calling attention to the idea that stereotypes pervade our culture not only with words — such as chauvinistic labels like “hysterical” and “shrill” — but also with images and objects — such as lace on one hand, or saw blades on the other — that connote stereotypical ideas of feminine and masculine.

Marie Porges’ destroys and then reconstructs ancient Gothic books into tools, such as saw handles. Susan Abbot Martin creates hand-made doilies on saw blades; the friction between these two materials highlights the tension between genders.  The Temple Sisters, Holly and Ashlee, deconstruct images of young women beaming with energy, but constricted by torn paper, notes and ephemera.  However one chooses to interpret these works, it is clear that each artist skillfully grapples with the distillation and presentation of female stereotypes.

This exhibition continues the dialog begun recently at The Monterey Museum of Art with The New Domestics, Finding Beauty in the Mundane.

Jeanne d’Orge, Cherry Center founder,  would embrace this show as continuing the feminist spirit of artists such as Miriam Schapiro, Jenny Holzer, Eva Hesse and Louise Bougeois who have all contributed to the long fought recognition of women’s art as a critical contribution to contemporary art.

The Temple Sisters work in mixed media and generate large and small works on canvas and paper, as well as smaller three-dimensional assemblages. Their work reflects their fascination with the effects of time and memory upon iconography – personal, spiritual and cultural. Each piece created is meant to engage the viewer in questions of the temporal nature of the image(s), personal memory and the hidden stories that are re-imagined through age and displacement.

Holly Temple studied art and art history at the San Francisco Academy Art, San Francisco State University and at C.S.U. in Florence, Italy.  She worked in New York for many years as an Art Director at Avon, Christian Dior, Estee Lauder, David Yurman, among others and currently runs her own freelance graphic design company in Carmel-by-the-Sea, California.

Ashlee Temple studied theatre at N.Y.U. and received her M.F.A.  from the Yale School of Drama. She continues to work in theatre as a director and teacher in Stockton, CA. 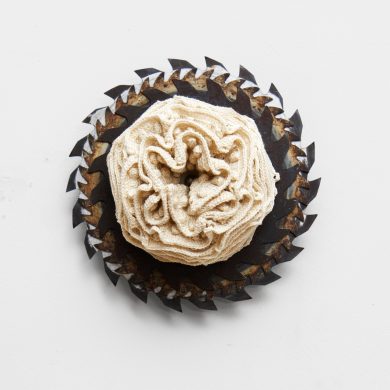 Her work has been reviewed in Art Forum, the SF Chronicle, Artweek, and the World Herald in Omaha, Nebraska.  Martin has received numerous grants, awards and residencies, including two grants from the Pollock Krasner Foundation; the Lila Wallace Reader’s Digest International Artists Program at Monet’s garden in Giverny, France; the Bemis Foundation in Omaha, Nebraska; and Yaddo in Saratoga Springs, New York. She currently lives and works in Oakland, California.

Maria Porges is an artist and writer whose work has been exhibited widely in solo and group exhibitions since the late 1980s. She received a SECA award from the San Francisco Museum of Modern Art and has been in residence at the Headlands Center for the Arts twice. 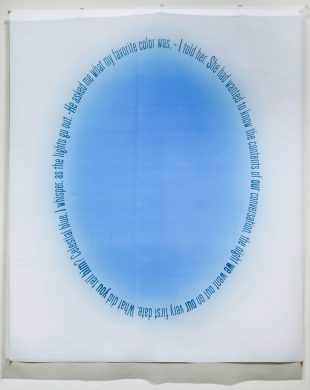 A finalist for the Creative Capital/Warhol Foundation Art Writer’s Grant in 2014,  her critical writing has appeared in many publications, including Artforum, Art in America, Sculpture, American Ceramics, Glass, New York Times Book Review, and a host of other now-defunct art magazines. She has also authored essays for over 100 exhibition catalogues and dozens of scripts for museum audio tours. Porges is an Associate Professor at California College of the Arts.