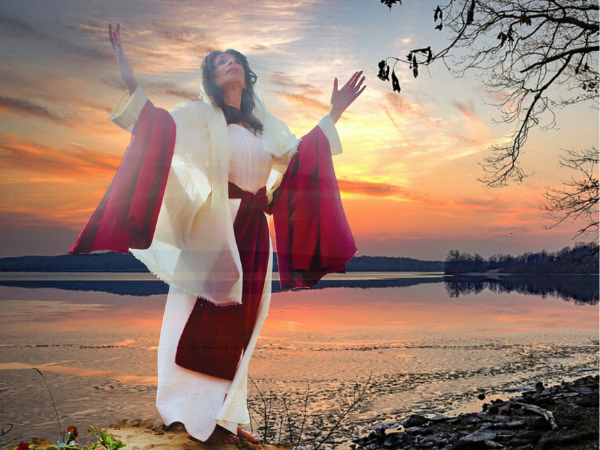 The Testament of Mary

The Testament of Mary is a ninety-minute, one-woman play depicting the mother of Jesus at the end of her life. It describes the story leading up to her son’s crucifixion from Mary’s own perspective, not as the religious icon she came to be, but rather as a woman, a wife, a mother, and a human being.

The play opens Friday, August 12th through Sunday, September 11th, 2022. Friday and Saturday performances begin at 7:30pm, Sunday matinees at 3:00pm. Proof of vaccination and masks required. Tickets are $23 general admission, available for purchase online with no booking fee at eventbrite.com or by calling (831) 233-1941. $20 for military (available at the door only).

Meet the Cast and Crew:

Jane Press (Actor/Producer/Production Designer) has been performing on stage since the Kennedy administration, She is the Founder / Artistic Director of PRESS THE BUTTON PRODUCTIONS, whose mission it is to give voice—on stage and off—to women over the age of fifty, in reclamation of our matriarchal heritage.

Maryann Schaupp Rousseau\ (director) is a director; actor; choreographer and theatre arts educator, working in these capacities on the Monterey Peninsula from 1989 until the present.  She served as Dean Emeritus for the Pacific Repertory Theatre (in Carmel) School of Dramatic Arts for eleven years.