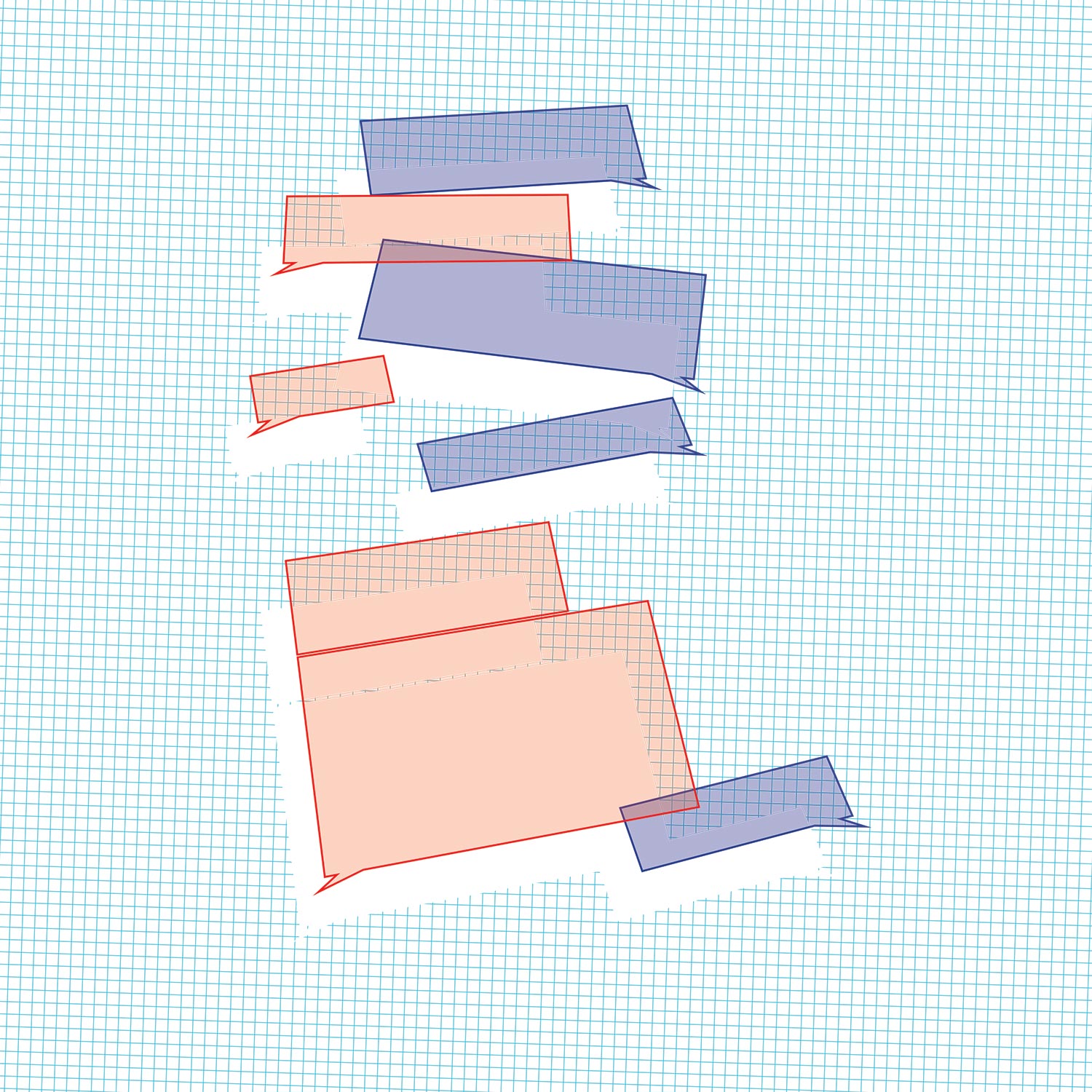 “chatter,” an exhibition by George Raggett and Pilar Conde, opens October 6th, 2017 with an artists’ reception from 5:00 – 7:00pm. The event is free and open to the public.

For this exhibition, Raggett and Conde’s work examines – literally – the structural devices of discourse.  The works illuminate, privilege, and fetishize formal elements of our current communication systems.  Unlike email, texting, and twitter feeds, the artworks lack actual words, phrases, sentences, or questions, instead remaining open to interpretation.  Under the influence of minimalism, they slow down today’s hectic pace of chatter.  Different materials, textures and colors, create different moods; expanding the emotional range of the exhibition.  From rendering texting as “solids,” to the punctuation of a Spanish language question framing a “gateway,” the often harsh politics of today’s twitter rants and anti-immigrant rhetoric hover provocatively in the background of each piece.

The exhibition will run through November 3rd, 2017.