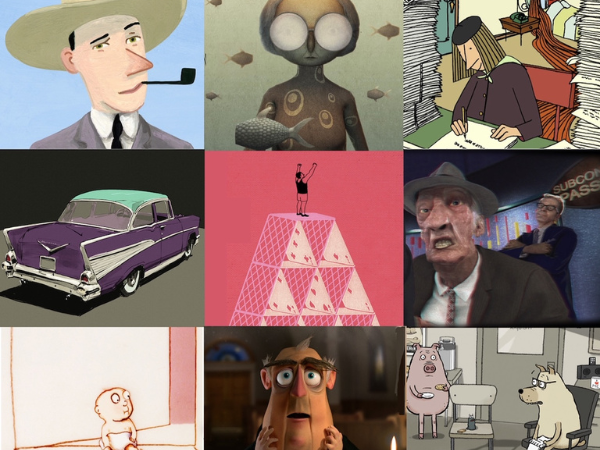 Can a fully realized story be told that is both hilarious and heart-warming, innovative yet simple, as witty as it is wise, in only five minutes, without words? The answer is a resounding YES!

The Carl Cherry Center for the Arts is proud to present a new monthly series of unique screen treasures on Saturday, November 19th at 3PM, with a program of rarely seen, award winning, animated shorts from the National Film Board of Canada. Nine films will be shown in this first program, ranging in length from 5 to 15 minutes each, which illustrate a variety of animation styles, uniquely personal voices and clever low-tech approaches that can usually be found only by attending prestigious film festivals.

The National Film Board of Canada (NFB) is a leader in exploring animation as an art form, a storytelling medium and innovative content for emerging platforms. It produces trailblazing animated works both in its Montreal studios and across the country, and it works with many of the world’s leading creators on international co-productions.

The length of this program is 96 minutes.There is no charge for admission to this event, but donations to the Cherry are always appreciated. Please make reservations through Eventbrite or by calling (831) 624-7491, as tickets are going quickly.

Prepare to arrive 10 minutes early to the screening, as popcorn and refreshments will be available to purchase. Masks are encouraged and welcomed while in the theater. The Carl Cherry Center for the Arts is located on the northwest corner of Fourth Avenue and Guadalupe Street. The main entrance is on Fourth Street.

The films for this series have been chosen and arranged by Ellen Osborne and Jim Dultz, who have each had long and successful careers in the film industry. Future “Cherry Screening Room Presents:” programs will include narrative shorts, features, documentaries, puppet films, films about artists and musicians, vintage television specials and other rarities. We have also approached animators, directors and puppeteers to come to talk about their work. Check back to www.carlcherrycenter.org for the latest updates.

Here are the films in order of appearance: