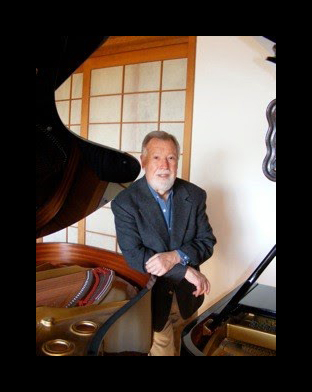 Jazz at the Cherry with the Dick Whittington Trio

The Carl Cherry Center is pleased to announce the next event in our Jazz at the Cherry series – The Dick Whittington Trio featuring Kanao Mendenhall with drummer Vince Lateano.

Savory fare, champagne, wine  — all included in the price of a $25 ticket.

Pianist, Dick Whittington, a long-time Big Sur resident, made his first major contribution to the Bay Area jazz scene in the late 1960s.  He has worked with several generations of musical visionaries on the art of improvisation including Peter Apfelbaum, Rodney Franklin, Steven Bernstein, Jessica Jones, Joshua Redman and Benny Green.

Featured bassist, Kanoa Mendenhall, was born in Yokohama, Japan and raised in Monterey. She began playing jazz and classical cello at age ten, transitioning to the upright bass at age twelve. By age thirteen, she was recording and performing regularly in the Monterey and San Francisco Bay areas.  A former member of the Monterey Jazz Festival’s Next Generation Jazz Orchestra, Kanoa has just finished her first year at Columbia University in New York and is enrolled in the Columbia-Juilliard Exchange where she studies with Ben Wolfe.

Rounding out the trio will be drummer Vince Lateano.  Vince has toured with numerous great jazz musicians over the years including Cal Tjader, Woody Herman, Vince Guaraldi and Stan Getz.   He also teaches percussion at the Monterey Jazz Festival’s summer jazz education program.

Savory fare, champagne, wine  — all included in the price of a ticket.

Tickets are $25 and can be purchased online at www.brownpapertickets.com 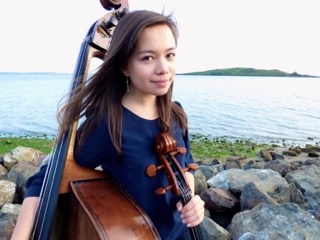