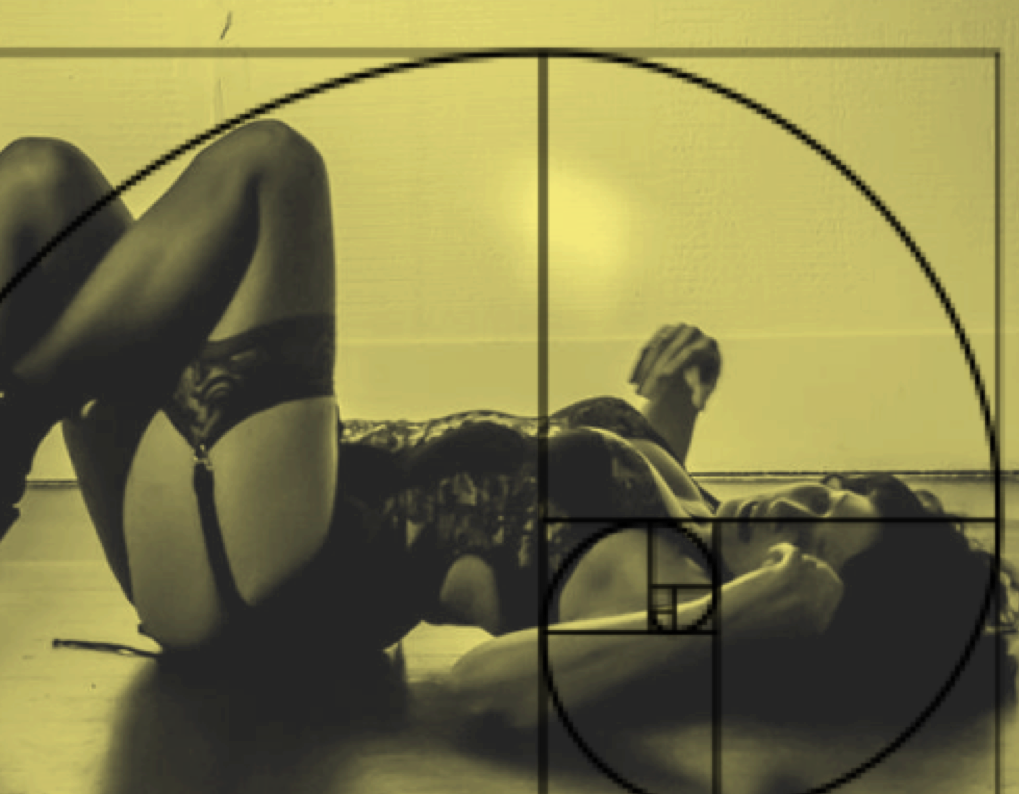 Golden Ratio X, a multimedia literary event of divine proportion, will be performed Friday, November 10th, and Saturday, November 11th, at the Carl Cherry Center for the Arts, Carmel.

The story of Golden Ratio X takes place in the mind of Blaze, a stripper who must rectify her own identity and sense of purpose at the Mitchell Brothers’ O’Farrell Theatre, San Francisco, circa 1986.  In dressing room scenes, dancers discuss issues of spirituality versus the universal truths of the Golden Ratio.  Other scenes take place in the theatre audience, where Blaze navigates the complicated nuances of lap dancing. Dancers will perform in the style of 1980’s striptease in between acted scenes. The story deals with mature subject matter, but is not X-rated.

Janice Blaze Rocke (writer, director, producer, narrator) is a graduate of CSUMB where she studied Creative Writing/Social Action while single-parenting two children. She’s produced theme-based variety shows; filmed and edited videos; written short stories, plays and screenplays; and created a vast array of art. Her novel, Resurrections in the Dark, is loosely based on her life. She has also written for Polygon online magazine. She produces multi-media literary-based events on the peninsula with other enthusiastic writers, artists, dancers, actors, videographers, and technical wizards.

Deena Welch (Blaze) has been living in Monterey for ten years. Locally, she’s performed in The Exonerated and Deathtrap at The Magic Circle Theatre, Bug at Paper Wing, several Storybook shows at MPC, and Alice in Wonderland at The Outdoor Forest Theatre. Before moving to Monterey, she participated in local theatre in San Diego.

Carrie Collier (Vanessa, the wise “older” stripper) studied acting at PCPA in Santa Maria, CA, Hartnell College, and at CSU Chico, and improvisation at The Groundlings and Second City, both in Hollywood, CA. She played several leads in the short-lived Fox television series Totally Hidden Video and on Making Yourself at Home on PBS. Carrie has appeared in multiple plays in San Francisco, most notably Martha in Bar None, which ran for four years. She played the title role in Lu Ann Hampton Laverty Oberlander at the Western Stage, Elizabeth in Laundry and Bourbon, and Lizzie in The Rainmaker.

Thomas Burks (as “the other kind of man”) was born on a small farm outside of a small town in West Texas. He began writing music in his early twenties, and acting in his early thirties. Burks has written several monologues and a play, A Farmboy Mantra. He is currently working on Atticus and Matilda, a second installment of Farmboy based on two mentally challenged siblings in rural Texas.

Carri Newhouse (Raja) is a Pacific Grove native who dances beneath the fireworks at the Feast of Lanterns Pageant, and onstage with the M.P.C. Dance Department. Fulfilling a childhood dream of waking this sleepy town, Newhouse promotes flow arts with Monterey Fire & Flow, a group who cultivate juggling and dancing with fire. She is also co-creator of the dance tribe HipNautic Flowers, in which both her daughters perform.

Rachel Corvese (Trina, a young stripper) has always loved dance! She has performed with a competitive Hip Hop team for five years, and trained recreationally in jazz for nine years. Currently, Corvese performs with the Monterey Fire and Flow community. She hopes to continue to expand her horizons in dance and the arts for many more years to come.