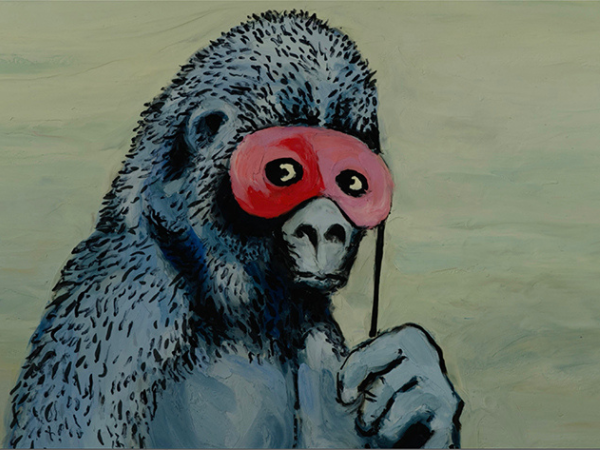 Academy Award winning director and animator, Joan Gratz, a pioneer in “Claypainting” and a favorite at ﬁlm festivals world-wide, will be joining us at the Carl Cherry Center for two very special afternoon screenings of her highly original, animated short ﬁlms, selected from over the past 30 years and including the World Premiere of her just completed film “The Battle for Swan Lake” (with cats!).

Her films range in content through painterly expressions of poetry, improvised abstraction and animated social documentary, with her clever wit and humor always close at hand. Working directly before the camera, she applies bits of clay, blends colors and etches ﬁne lines to create a seamless ﬂow of images, that are, in turns, both lyrical and surprising.
The 70 minute program will include screenings of eight of her ﬁlms from 1992 to 2023, two of these in collaboration with other artists. A question and answer with Joan will follow the screening.Please join us, and Joan, for a World Premiere of her newest film and retrospective of her remarkable work.
Watch video film trailer:  https://vimeo.com/789873987
Tickets are $15 available on Eventbrite or by calling (831) 624-7491.
This program has been generously sponsored by Hofsas House Hotel in Carmel by the Sea hofsashouse.com and by Designer Wall Coverings designerwallcoverings.com

Films in Order of Presentation

Pro and Con: An animated documentary about life in prison from the point of view of a corrections
officer and an inmate.1992 – 8 min. 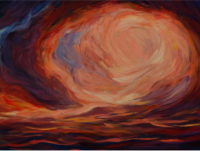 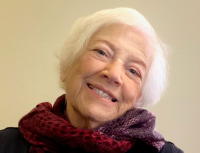 While an architecture student at the University of Oregon in the late 1960’s, Joan began experimenting with the idea of animation by capturing her painting process on film and then projecting the results, “making her paintings appear to breath.”
In 1979, on the recommendation from two of Joan’s architecture school friends who were working at the animation start-up, “Will Vinton Studios”, Joan was hired to join the team and play a large part in the successes that followed.
It was here that she adapted her animated painting to the “Claypainting” process for which she is now known. While there, her work included design and animation for the Academy Award nominees, “Return to Oz”, “Rip Van Winkle” and “The Creation” (which landed her a United Airlines television commercial, with more to follow.)
By 1987, Joan started her own company, “Gratzﬁlm”. Here she could focus on projects and collaborations of her own making, while also freelancing with Will Vinton when the timing worked for her.
In 1992, Joan found herself on stage accepting the Oscar for the Best Animated Short, “Mona Lisa Descending a Staircase,” a 7 minute ﬁlm chronicling the history of 20th century art. Joan had spent 5 years (while working on other projects) to fully develop the idea for this ﬁlm and collect the perfect 55 images to eventually blend seamlessly together. And then she spent another two years dedicated to painting it all by hand, in clay, one frame at a time.
Multi-award winning director of short animated films and commercials, Joan  has traveled along with her films to Russia, Iran, Croatia, France, China, Hungary, Romania, Brazil, Korea, Turkey, Bosnia, Canada, Poland, throughout the U.S. and now to Carmel by the Sea!
For more information about Joan, please visit her website at  www.joangratz.com