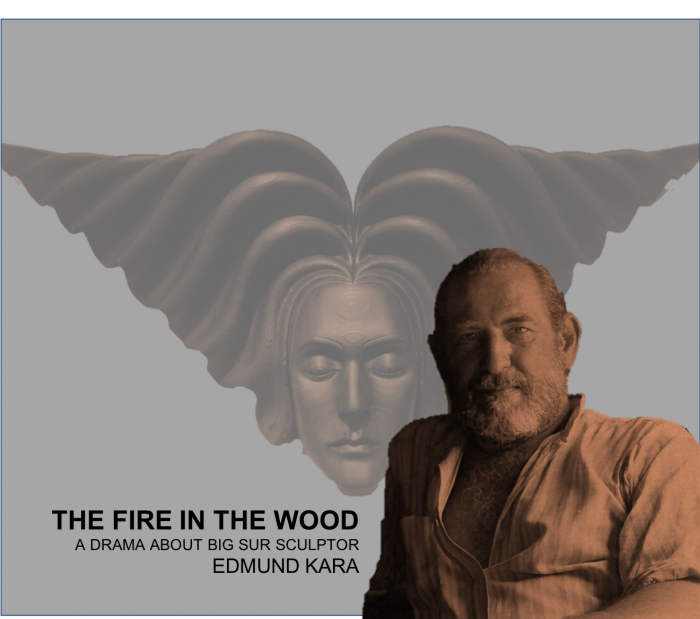 “The Fire in the Wood”

The Fire in the Wood, an original play presented by the Unicorn Theatre, will open a six performance run on Friday, June 1st, at the Cherry Hall Theater, Carmel. Written by Peter Thabit Jones and directed by Carey Crockett, the play looks into the life and influence of artist and sculptor Edmund Kara.

The production portrays Edmund’s relationship to his art and to the dramatic Big Sur Coast. Edmund, the sculptor of the Phoenix Bird at Nepenthe and the bust of Elizabeth Taylor for the movie “The Sandpiper,” turned his back on fame and fortune, devoting himself instead to what his soul might release into powerful archetypes from the massive shapes of wood that presented themselves to him. Juxtaposing poetry, prose, visual arts, music. dance, from the “Phoenix Bird” rising at Nepenthe to Hollywood . . . and rolling sounds of wind and sea, Thabit Jones brings us the full measure of Edmund’s life.

Following each performance, writer Peter Thabit Jones and director Carey Crockett will hold a question and answer session with the audience.

The Cherry Center’s gallery will feature works by Edmund Kara from May 18th to June 16th, 2018, with drawings by Carolyn Mary Kleefeld that are inspired by Edmund and are included in the play. For more information about the exhibition, please click here. 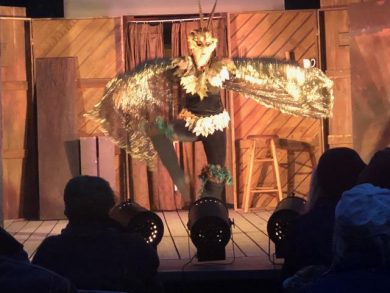 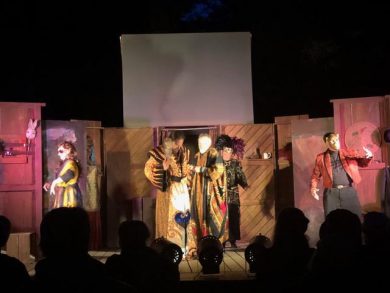 Welsh poet/dramatist Peter Thabit Jones has authored thirteen books, including the Dylan Thomas Walking Tour of Greenwich Village New York with Aeronwy Thomas. His work has been translated into over twenty languages. He has received a number of awards, including the Eric Gregory Award for Poetry (The Society of Authors, UK), The Royal Literary Fund Award (UK), an Arts Council of Wales Award, the 2016 Ted Slade Award for Service to Poetry (UK) and the 2017 Homer: European Medal for Art and Poetry. His libretto, Ermesinde’s Long Walk, for composer Albena Petrovic, premiered at the Philarmonie Luxembourg in 2017 and his full libretto for her, Love and Jealousy, premieres at the National Opera House Stara Zagora in Bulgaria in May 2018. His drama, The Boy and the Lion’s Head, available on CD soon, will be performed at the 2018 Swansea International Festival of Music and the Arts. www.peterthabitjones.com

About the music designer:

The Fire in the Wood will feature original music by Thomas Burks.  Burks is a well-known and well-loved fixture on the Central Coast’s drama and music scenes. He has played a variety of roles for Unicorn Theatre over the past twenty-five years, and appears in the newly released independent film, “Die, My Dear.”