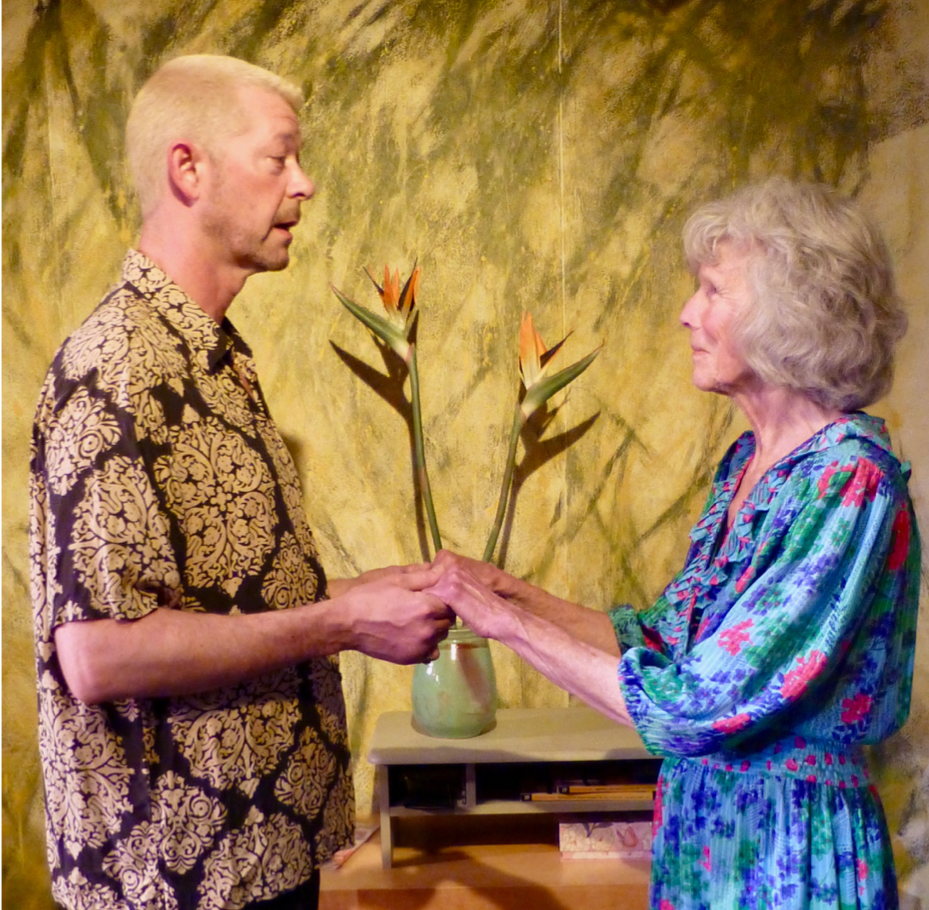 Six Dance Lessons in Six Weeks is the touching and human story of a formidable retired woman, Lily Harrison, who hires an acerbic dance instructor, Michael Minetti, to give her private dance lessons —one per week for six weeks— in her gulf-front condo in St. Petersburg Beach, Florida. What begins as an antagonistic relationship blossoms into an intimate friendship as these two people from very different backgrounds reveal their secrets, fears, and joys while dancing the Swing, Tango, Waltz, Foxtrot, Cha-Cha, and Contemporary Dance. A comedy with music and dance, the play also addresses the serious issues of ageism and intolerance.

Since its Los Angeles premiere in 2001 and its Broadway opening in 2003, Six Dance Lessons In Six Weeks has been translated into 14 languages and has enjoyed tremendous success both nationally and internationally. Directed by Deanna Ross and starring talented local actors Rosemary Luke and Lewis Rhames, this production marks the play’s Monterey Peninsula debut.