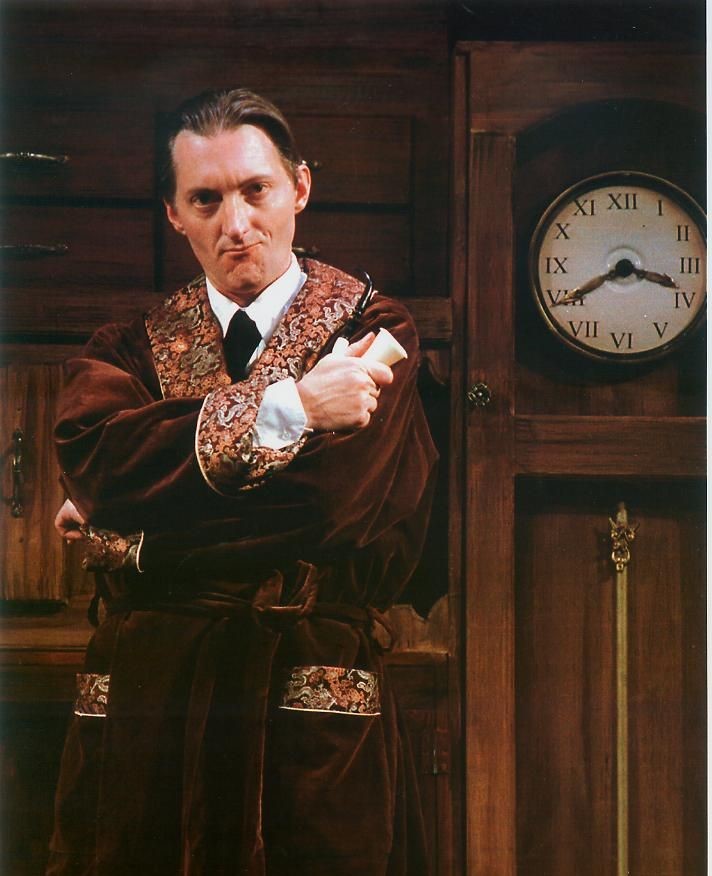 Holmes for the Holidays: An Evening of Sherlock Holmes One Acts

The Actor’s Collective of Monterey presents Holmes for the Holidays: An Evening of Sherlock Holmes One Acts adapted by local director, actress and playwright Cindy Womack from the stories of Sir Arthur Conan Doyle. Holmes for the Holidays consists of two of the world’s only consulting detective’s most famous cases. Beginning with “The Case of The Blue Carbuncle.” During the Christmas holidays a war veteran hard-up for money brings a little case to Holmes purely to help another unfortunate. Holmes’s deductions trigger surprising events that will change the veteran’s fortunes—and Holmes’s. This case gives us Sherlock at the top of his game in an unusually whimsical adventure. In stark contrast, in the act two case of “The Dying Detective,” Dr. Watson must deal with a fatally infected Holmes and a meeting between his now desperate and rapidly failing friend, and the learned Culverton Smith. Is the Great Detective meeting with his possible savior or having a showdown with a deadly enemy?

This is the World Premier of Holmes for the Holidays which was workshopped and presented at The Western Stage and the Carl Cherry Center earlier this year. So, whether you are a Rathbone, Cumberbatch or Downey Sherlockian, you and theater goers who enjoy the world’s most enduring mysteries are sure to enjoy.

Holmes for the Holidays features Jeffrey T. Heyer as Sherlock Holmes. He is co-founder of Actors Collective, the first Actor in Residence at PacRep and TWS Artistic Associate. A long time admirer of the Master Reasoner, Mr. Heyer is delighted to be returning to the role, as he has been cast as Holmes a previous eight times, a different problem causing the cancellation of no less than five of these productions. He appeared on stage as Holmes at TWS in The Mask of Moriarty (1999) and Sherlock Holmes: The Final Adventure (2008), as well as in The Painful Predicament of Sherlock Holmes for the Carl Cherry Arts Center Monologue Festival in 2009.

Friday and Saturday shows at 730pm and Sundays @ 2pm