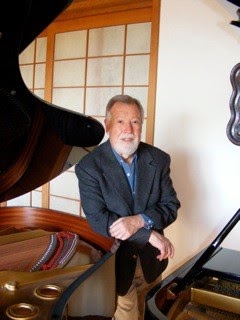 Celebrated jazz pianist Dick Whittington will be performing on Saturday, April 27th, from 3:00-5:00 p.m. as part of our ongoing Jazz At The Cherry series.  Dick will be joined by Jim Payne on drums and Kenoa Mendenhall on bass.

Tickets are $25, available through brownpapertickets.com or by calling (831) 624-7491. Savory fare, champagne and wine are included in the ticket price. Doors open at 2:00pm.

Whittington, a long-time Big Sur resident, began his career in Los Angeles in the 1950s, playing with such jazz notables as Dexter Gordon, Bobby Hutcherson, and Sonny Criss.  After relocating to Berkeley in the 1960s, he performed with Stan Getz, Chet Baker, Art Pepper, James Moody, Anita O’Day, Mel Torme, Bobby McFerrin and many others. He was co-founder of the Berkeley School District Jazz Program which fostered the careers of Joshua Redman, Benny Green and dozens of others.

Over the last five decades, DIck has performed with many jazz greats, including Stan Getz, James Moody, Lee Konitz, Art Pepper, Eddie Harris, and Chet Baker. In 1987, Dick and his wife Marilyn Ross founded the Maybeck Recital Hall, where, for ten years, they lived and produced over five hundred jazz and classical concerts, including the internationally-acclaimed “Live at Maybeck” solo piano series on Concord Records, which features over forty-five of the top pianists in jazz. Since moving to Big Sur, Dick played four years at Bernardus Lodge and has been at Carmel’s Cypress Inn since 2005. 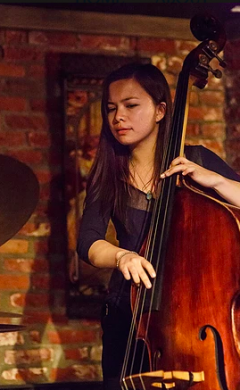 Born in Yokohama to a Japanese mother and American father, Kanoa was raised in Monterey, California and grew up listening to jazz, enka, classical, and the music of Brazil. She started playing the cello at age 10 after being introduced to Oscar Pettiford’s music by her father, a jazz pianist. At the age of 12, Kanoa began playing the upright bass, and by age 13 she was regularly performing in the Monterey and San Francisco Bay areas

Kanoa has worked on the faculty of Jazz Camp West and Stanford Jazz Workshop for the past three years. She has performed at venues throughout the United States and Japan, such as the Lincoln Center for the Performing Arts, Davies Symphony Hall, Dizzy’s Club Coca Cola, Akasaka B Flat, the Jazz Gallery, and the Monterey Jazz Festival. 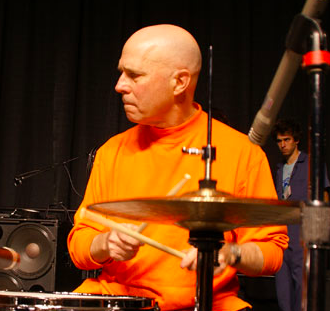 Labeled the “Buddy Rich or Billy Cobham of funk drumming” by Jazz Times Magazine, Jim Payne has a long career as a drummer, educator, producer, and collaborator with the best musicians in jazz and funk.